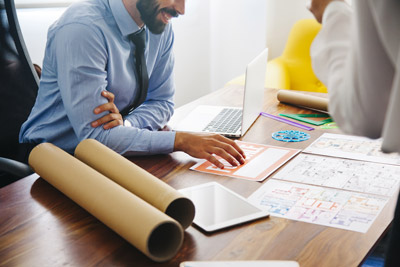 Various recent changes mean now may be the best time to open a WFOE in China. In this article, we explain the changes to the setup process, and the China market, which we believe make this so:

A WFOE is the most common type of company opened by foreigners wanting to do business in China. It offers the most freedom in operation, and does not require partnering with a Chinese company. How to setup a company in China has always been of concern for those new to the market. It’s never been easy, but these days it is simpler than ever before.

At the heart of any changes to company set up and operation rules and regulations in China is the attitude of the government. In a heavily controlled country such as China, having government support is essential. There are multiple stages of government interaction and licensing required, and without support this process could be made very difficult!

Fortunately, in recent years the government has not only expressed their acknowledgment of the difficulties of the process and desire to improve it, but have also started to take action.

Such simplification has been formally on the agenda of the State Council since at least 2016 (for both domestic and foreign companies). To quote Chinese Premier Li Keqiang from a council meeting in April 2017 – “We should focus on creating a globally competitive business environment and continuing the business registration reform. It is to reduce institutional costs for enterprises and cultivate an inclusive and fair backdrop for mass entrepreneurship and innovation as more enterprises can be easily registered and flourish.”

One good example of this commitment to improve the process has been the creation of a so-called “negative list” for foreign companies in China. Although it sounds prohibitive, this actually speeds up the application process, by formalising a list for local authorities of the business areas that are either forbidden or will require more research / evaluation before approval. For a company not in these “prohibited” or “restricted” industries, registration is much simpler as less audit of the proposed business is carried out.

Less cumbersome applications – the 5 in 1 license

Paperwork and the inevitable difficulties of dealing with many different government departments has long been a frustration (and cause of delay) during China company registration. This changed in 2016 with the introduction of a streamlined “5 in 1” business license. This is a single online application for five of the main licenses and permits needed for WFOE setup.

One application is made to the AIC (Administration for Industry and Commerce) in the city of incorporation, and they then handle the paperwork and administration of the separate applications and license issues.

Application to get a business license in China still requires plenty of paperwork, but it is now easier, faster and less frustrating than ever before! And it is very likely to improve further.

Another change that has been made (in 2014) is the removal of a fixed minimum capital level for a WFOE. All WFOEs will require some level of capital input to start operations in China, and in the past this used to be based on a government specified minimum. For certain types of company and location, this could be overly conservative. Capital also had to be injected relatively quickly, regardless of planned usage. Again, this could be a costly burden.

There is now much more scope to base this level on the actual needs of the WFOE. Capital will still be required, and indeed it is a tax efficient way of funding operating costs. But this can be calculated based on the planned expenses and operating plan of the WFOE in China. It also can be transferred to China in line with company operating plans.

Many industries in China have been closed, or at least heavily restricted, to foreign investment for many years. Whilst many will remain so, the number is being reduced. The introduction of a so-called “Negative List” has vastly simplified the identification of restricted industries (and also the registration process for companies not in restricted industries).

Changing times for WFOE in China

Of course, the reasons for setting up a WFOE in China are not all related to the growing simplicity of the setup process! WFOEs are also much better positioned than other foreign companies to take advantage of the changing China market right now.

For a long time, the appeal of China to foreign companies lay mainly in its attractiveness as a low-cost manufacturing base. Whilst this still remains advantageous in certain sectors, the appeal of China today lies more with the domestic growth and spending power of the Chinese. With the ability to invoice customers directly and handle Renminbi payments, WFOEs are well placed operate here.

High tech and other specialized industries are on the rise too in China. Foreign companies operating in these areas benefit strongly from the WFOE structure, with sole foreign control lessening the need to share Intellectual Property with any Chinese partner.

The information contained in this article is valid on July 4th, 2018. For updated information, please contact us via email at [email protected]