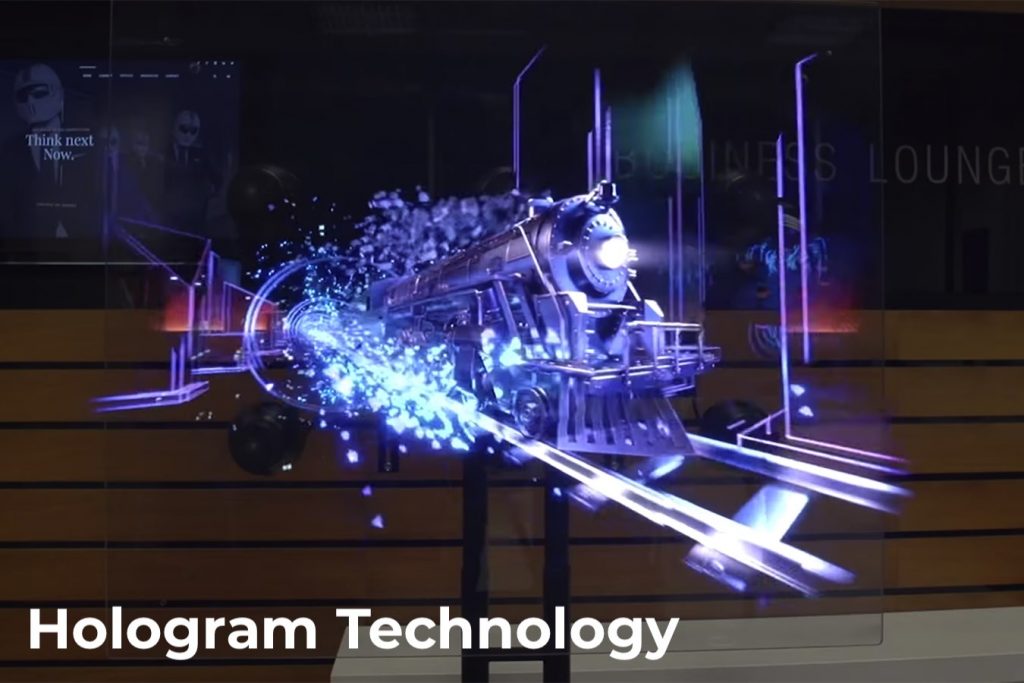 From being dubbed the factory of the world to becoming one of the world’s greatest product innovators. China has gone from an economy of cheap manufacturing labor to one of high-tech manufacturing. Business savvy people used to make money producing their goods in China, but now the same people have found a new model to make money with China’s newfound competitive edge.

Thousands of brands now make top dollars by buying finished products from Chinese Original Equipment Manufacturers (China OEMs). These Chinese OEMs customize their products in bulk according to the client’s needs. Such modifications include brand logo, colors, languages, etc. Some of the largest and most well-known brands buy from these OEMs either through quality assurance middlemen or by setting up a company in China themselves.

Today we take a look at some of the hottest and newest (futuristic!) high tech products available to buy from OEMs in China in late 2021:

Holograms have long been associated with the sci-fi genre and featured in movies taking place in technologically advanced societies. However, the gap between what is fiction and what is reality is ever closing. There have been multiple attempts to simulate holograms before. People have used invisible glass reflectors and water vapor as mediums to bounce light off of in attempts to simulate holograms. However, none have come as close to China’s digital fan holograms in terms of simulating holograms.

A fan hologram uses fan blades with powerful OLED light strips to generate detailed and moving images when the fan is spinning fast. As the fan spins, it becomes invisible in the background. The resulting imagery creates a field of depth making for an impressive hologram simulation. Although they are technically not genuine holograms that you can see from all angles and pass through, the results are striking. See for yourself in these videos.

Today, there are multiple original equipment manufacturers (OEM) of fan-based holograms in China selling their products wholesale to retailers and technology brands as well as directly to businesses for advertising purposes. These projections have proved effective in advertising, catching the public’s eye at significantly higher rates, sometimes 50% higher than standard images or videos.

A few years ago, the first foldable smartphones were released to consumers as a gimmick and underwhelming yet important debut for foldable screens. Manufacturers have since kept improving and experimenting with foldable displays. Not only has their design changed to be thinner and more malleable, but their use and applications have also evolved.

Chinese phone maker OPPO recently unveiled the first rollable(as opposed to foldable) phone, the OPPO X, which was praised for fixing most of the issues that foldable phones suffered from. The phone uses a rollable display to create the illusion of a solid screen otherwise normal smartphone expanding to a larger display! Watch the impressive unveiling video bellow:

OPPO is an established smartphone maker, but a number of new manufacturers based in Shenzhen, specializes in the development and use of rollable OLED displays in multiple products. Royole incorporates OLED displays in clothing, hats, car interiors, phones, wearables, toys, flags, books, and many other mediums, some more successful than others. While many of these product’s futures are questionable, the pioneering spirit is there. These are the kind of companies to follow closely in order to spot future technologies and trends.

Aquatic drones are a new trend in the drone market with most manufacturers based in China. An aquatic drone is, as you guessed, a drone made to swim and dive underwater as opposed to flying. Aquatic drones utilize propellers and/or flippers to navigate open and cavernous waters while transmitting video footage above the surface, perfect for dangerous underwater cavern explorations and exploring the wonders of the seas in high definition AI assisted imaging. An incredible experience.

Many of the underwater drones on the market come with VR goggles for an immersive 3D view of the underwater world in lust colors made possible AI. They tend to exhibit powerful front lights and cameras for better quality visibility in murky and dark waters.

Of the 7 drones listed in this video, 5 of them are manufactured in China: the

One of the biggest constraints underwater drones have is that bluetooth and other transmission signals do not travel well in water. For the deeper diving drones, this is countered by having a very long cable plugged securely into the submarine drone before it is tossed into the water. This is necessary for the drone to transmit video signals and receive commands. On the plus-side, aquatic drones have a substantially higher battery life than flying drones. These drone can navigate between 2 and 4 hours on one charge. Some drones also have the option to charge via the transmission cable, effectively making for an infinite time underwater.

You may have seen the new trending, and very expensive fitness AR mirrors, but did you know that almost all these augmented reality mirrors come from OEMs in China, more specifically in Guangdong. Digital display mirrors came to the spotlight in China in 2016.

The original smart mirrors were intended to serve more general purposes such as highlight important information in the morning for people getting ready for work such as displaying the date, weather, to-do list and important events for the day. The use of augmented reality mirrors in fashion retailing, to try on clothing or different shades of makeup without actually trying it on, quickly followed.

Today you can find multiple OEMs on Alibaba specializing in smart mirrors for fitness and other purposes for a fraction of the price of their branded counterparts.

Last but not least on our list of cool products to buy from OEMs in China are the cool tech savvy levitating lamps. Levitating objects balanced on an electromagnet platform have been around for years, but recently the industry has made the jump to levitating lights that use electromagnetic current to power on.

This particular brand of levitating light retails for $299 dollars, but the unbranded Chinese OEM versions (which vary in style and specifications) sell for less than $30. The popular options for a levitating light are a floating lightbulb or a floating moon that lights up. These go for a premium once branded and advertised on a modern and artistic website,  but they are available in their OEM version on Alibaba for a fifth of the price.