An Overview Of Import Export Taxes In China 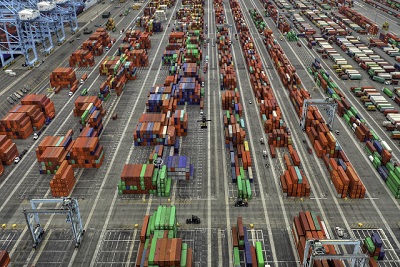 Import export taxes in China are a topic that many companies need to be aware of before setting up a company and start having a business.

China has specific rules that govern these taxes and the lack of knowledge of these could create problems for companies engaging in trading activities in the country.

In this article, we explain the differences in the taxes and what are the rates for some of the products that you could import in China.

Overview Of Import And Export Taxes In China

The import tax refers to the normal duty levied by the customs office of the importing country on the importer of foreign goods.

At the same time, the import tax is also an important means for a country to implement foreign policy. Some countries, according to the needs of political and economic relations, will apply different tax rates to the same goods from different countries, thus forming a kind of differential treatment. If this differential treatment is taken as the standard, import duties can be divided into ordinary duty, most-favored-nation duty, preferential duty, and general preferential duty.

The export tax is the tariff levied on exporters by the customs of one country when its commodities are exported to foreign countries.

At present, export taxes are generally not levied in most countries. Because the export tax will raise the cost of export goods and foreign prices, weaken its competitiveness in foreign markets, is not conducive to the expansion of export.

Export taxes are levied primarily to raise domestic revenue or to protect the domestic production of the same manufactured goods to satisfy the domestic market.

Taxation on imported goods is an important part for China to obtain financial revenue which can influence the structure of imported goods.

The level of tax rate and the relationship between various taxes have a far-reaching impact on the development of macroeconomic. The import goods trade tax mainly includes custom duties on import goods, import value-added tax, import consumption tax.

There are two forms of consumption tax rate:

The choice of the form of the consumption tax rate is mainly determined according to the situation of tax targets.

For some consumer goods with a basic balance of supply and demand, little difference in price, and standard unit of measurement (such as yellow rice wine, beer, refined oil, etc.), the fixed tax rate with simple tax calculation is chosen.

For some consumer goods with a prominent contradiction between supply and demand, big difference in price and non-standard measurement unit (such as tobacco, liquor, cosmetics, skincare and hair products, firecrackers, automobile tires, precious jewelry and jade, motorcycles, cars, and so on), the proportional tax rate of tax and price interaction should be selected.

In general, only one form of the tax rate is chosen for one kind of consumer goods, but in order to preserve the tax base of consumption tax better, for some taxable consumer goods such as cigarettes and liquor, the fixed tax rate and proportional tax rate are adopted in the form of double taxation.

China’s VAT taxable goods are all based on price, and the basic tax rate is 16%, but for some important materials related to the national economy and people’s livelihood, the VAT rate is lower at 13%.

The VAT rate for the following categories of goods is 13%:

What Are The Custom Duties In China?

Import duties are duties levied by a country’s customs on imported goods and articles.

Transit tariffs are no longer used and export taxes are rarely used.

Appropriate use of import tariffs can protect the country’s industrial and agricultural production, but it can be also used as an economic lever to regulate the country’s production and economic development.

Tariffs under various names are also import duties, for example:

Since tariffs regulate the flow of imports and exports through the market mechanism, import tariffs are also allowed to be used as a legitimate means for countries to protect their own economies. However, through several rounds of tariff concession negotiations, the tariff level of each country has been greatly reduced.

The understanding of import-export taxes in China is fundamental for companies interested in operating in the country.

Many trading companies need to know these aspects in order to import goods and be compliant with the local regulations.

At FDI China, we help foreign businesses to not only set up a company but also outsourcing their tax and accounting in China and allowing these businesses to focus more on the growth of the business without the risk of making mistakes in their tax declaration and in the maintaining of the bookkeeping.

PrevPreviousCompany Incorporation In China: A Guide On The Benefits And Required Steps
NextVirtual Office In China: Benefits And Set Up ProcedureNext

June 22, 2022 No Comments
Read More »
PrevPreviousCompany Incorporation In China: A Guide On The Benefits And Required Steps
NextVirtual Office In China: Benefits And Set Up ProcedureNext