How to Structure a Compensation Package in China? 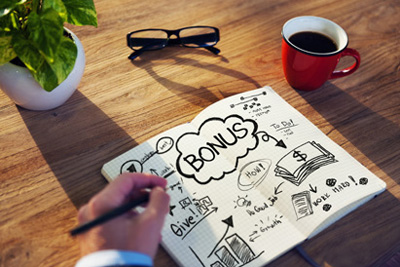 The executive compensation package of a new employee in an organization greatly depends on numerous factors, including the industry, the salary amount that the new hire was drawing in his/her previous organization, working experience, the offered position, and market analysis. The compensation package in China also varies a great deal if the new hire is a foreigner or a Chinese national, and the location where the job is offered. As a rule of thumb, the gross salary must be specified on the new hire’s contract and should be carefully discussed during the negotiation process.

If the new hire is a Chinese local candidate, it is generally advisable to offer a compensation package with a base salary a little higher than the market’s average rate for maximum employee retention. While for offering expat package in China, it is advised to offer pay that is high enough to provide them with a suitable standard of living in China, which is at least similar to what they are leaving behind in their home country.

Employers have the authority to appreciate their team’s hard work by granting bonuses at a fixed interval, which can be distributed monthly, quarterly, and annually, and hence their expected frequency should be stated in the employee’s contract. The criteria for giving the bonuses usually included the evaluation of an employee’s work performance, dedication, and attitude. Some employers in China also promote the idea of giving away a 13th-month salary to their team members around the Chinese new year, which is sometimes even coupled with the gift cards or pocket money.

It is to be kept in mind that the structure of the compensation package in China varies for different roles and employees within the same organization. Some employees are on the fixed salary payroll while others should be partially remunerated as per their work performance. Additionally, the role of China’s income tax rate in the final take-home salary should also be considered while deciding on the gross pay. The bonus structure also impacts taxes on both the employer’s and employee’s part and hence should be a considerable factor while structuring a compensation package.

Role of allowances and benefits on compensation packages in China

Allowances are regarded as one of the most effective methods that make the executive compensation packages lucrative for new employees. The employment contract needs to list an exhaustive breakdown of the allowances offered to an employee which may include housing charges, relocation costs, daily meals, annual round-trip fares, and tuition fees. Employees are bound to prove the appropriate usage of these allowances for their specific purposes through an official governmental invoicing certificate, commonly known as ‘fapiaos’.

As per China’s labor laws, the allowance breakup should be a reasonable proportion of the gross salary, and hence no definite amount is defined for allowances. From hit and trial, many companies have come up with an allowance formula where allowance accounts for up to 30 percent of the employee’s gross salary. There is a risk of China’s income tax rate rules violations if this percentage is increased and hence must be avoided.

Chinese workforce is also eligible for Social security, while the foreign workers may choose to enroll themselves in private insurance for an extra cover. Chinese nationals can also request additional coverage on medical expenses. In both these cases, the employing organization is expected to cover these costs.

Below is the summary of differences between PICC commercial insurance and Social security, to understand the benefits that add up in the compensation package of China’s local workforce.

1- There are 5 categories of insurances that are covered by Chinese social security:

2- With respect to medical insurance, the family members do not get coverage as per the social security laws. The sick employee, however, is entitled to go to any hospital from the approved list of hospitals to get treatment after showing the social security card. The savings from previous security payments (under the medical category) will be used for deductions. In case of insufficient balance in the social security card, you’ll be first obliged to pay the bill and then apply for reimbursements.

3- In case of commercial insurance, the reimbursement of up to 90 percent of clinical payments is possible (up to a daily amount of 550 RMB), whichever is higher, than the majority of the conditions imposed by the social security policy, which normally renders reimbursement between 65 to 90 percent. This rate is subject to the employee’s age and work stats at the organization.

For establishing a long-term presence in China’s labor market, it is crucial to stay compliant with all the rules imposed by China’s regulatory authorities. The foreign employers also need to understand the tax rules before hiring a Chinese local or an expat in China. Furthermore, taxes for foreigners should also be a point of consideration before hiring.

There are specific social security contributions that are shared by both the employee and the employer. These include,

Below are the two variables that make an impact on the calculation of these funds, and hence subsequently make an effect on the total compensation package:

1- The location where the company is registered.

2- The maximum base salary allocated by the local Chinese authority for housing fund and social insurance, within the area where the company is registered.

How can FDI China help?

It can be overwhelming, especially for foreign employers, to understand and implement China’s labor laws and work out a reasonable compensation package in China. FDI China possesses years of experience in hiring staff and completing all the HR related processes on behalf of its foreign clients, and hence we can assist you in speeding up your team’s hiring process. All the HR activities including recruitment, hiring an employee under local contract, or tax compliance and payroll can be outsourced to FDI; as our dedicated team is well versed with all the procedures while taking care of the regulations defined by China’s labor laws.

PrevPreviousCalculating the Taxable Income for a Business in China
NextHow to Hire a Foreign Employee in China?Next

June 22, 2022 No Comments
Read More »
PrevPreviousCalculating the Taxable Income for a Business in China
NextHow to Hire a Foreign Employee in China?Next