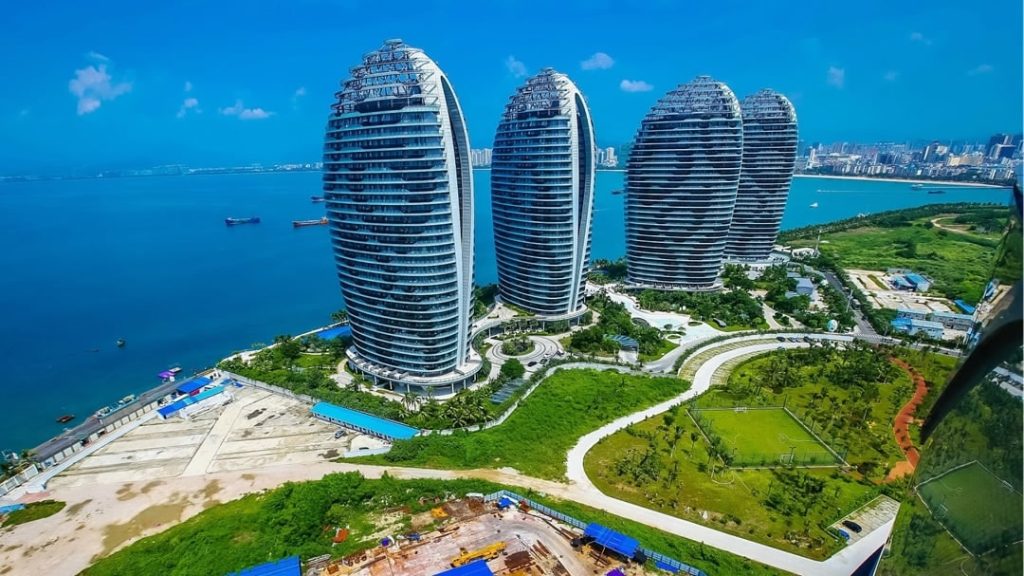 The Hainan Free Trade Port (FTP) law was passed a little over a year ago, yet many are still curious to see what has already changed.

But what is the Hainan Free Trade Port Law actually all about? Why was it established in Hainan? And how has it affected the island’s economy?

Plans for this piece of legislation date back to April 2018, when the Chinese government released the Guiding Opinions on Supporting Hainan’s Comprehensive Deepening of Reform and Opening Up.

Since then, free trade port construction has taken place to render the island suitable for this plan, with the release of the Overall Plan for the Construction of the Hainan Free Trade Port in June 2020.

The law is considered an important part of China’s broader strategy to further open up its economy and promote globalization and Hainan was chosen as it has a unique geographical advantage in the South China Sea, making it a key gateway for international trade, especially in the ASEAN region.

The goal is to attract more foreign businesses to set up operations in Hainan and to encourage domestic businesses to expand their international reach.

So far, the FTP law has had a positive impact on Hainan’s economy.

Foreign investment in Hainan has increased, with businesses from all over the world eager to take advantage of the new opportunities created by the FTP.

The Hainan Free Trade Port is still in its early stages, but it has already made great progress in its first year.

With the continued implementation of the FTP law, Hainan is well on its way to becoming a truly international free trade port.

Hainan has a long history of being an important trading hub in the South China Sea.

It was one of the first provinces to be opened up to foreign trade in the 1980s and has been a Special Economic Zone (SEZ) since 1988.

In recent years, Hainan has been working to position itself as a premier international tourism destination, and the FTP is seen as a natural extension of this effort.

Hainan’s location is also a key factor in its suitability for the FTP.

The island is situated in the intersecting areas of South China’s Economic Circle, the Guangxi Beibu Gulf Economic Zone, the ASEAN economic circle, and the SEA economic circle, making it a crucial commercial hub.

Hainan is also close to major shipping routes, making it an ideal location for shipping and logistics businesses.

This location is also strategic for transportation purposes, becoming an anchor for the “Belt and Road” initiative and a fundamental stop along the western land-sea corridor.

In addition to this, the island is located in the economically developed PRD region. It is a mere 1.5-hour flight from Hong Kong, Macao, Shenzhen, and Guangzhou, which means it may easily benefit from capital, technical, and talent support.

According to the Overall Plan released in 2020, building a free trade port in Hainan “is the prerequisite for boosting high-level opening up and setting up a new, open economic system; it is an urgent need of deepening market-oriented reforms, and creating an international, convenient business environment that calls for the rule of law; it is a strategic choice of implementing new development concepts, fueling high-quality development, and building a modern economic system; it is a practical action of supporting economic globalization and building a community with shared future for mankind”.

What is the Hainan Free Trade Port Law?

The Hainan Free Trade Port Law was adopted on June 10th, 2021. The law, which went into effect as soon as it was passed, lays the legal foundation required to transform the entire island of Hainan into a globally influential free trade port (FTP). It transforms previous economic policy incentives into tangible legislation. In doing so, the Hainan Free Trade Port Law aims to enact reform and guarantee significant advancement.

The law was formulated in light of China’s overall ambition for economic globalization, as the PRC recognizes that the world is entering a new era of change and development.

The law aims to promote the liberalization and facilitation of trade and investment. It will achieve this goal by promoting special tax arrangements, establishing a modern industrial system, and improving upon its laws to ensure a fair market environment for foreign and domestic businesses alike.

The law establishes the free entry and exit of goods, their safe and convenient management, and the optimized management measures for trade in services. It also sets the goal of building port infrastructure with high standards. These include public health safety, national biosafety, food safety, and commodity quality safety.

How has the Hainan Free Trade Port Law Affected Hainan?

According to the 2022 Hainan Free Trade Port Investment Guide, Hainan has seen significant growth in multiple areas in the year since passing the law.

Hainan has shown consistent regional GDP growth. According to the Hainan Provincial Bureau of Statistics, Hainan’s regional GDP increased up 11.2% from the previous year. The single largest contributor to its GDP has become the service sector, which accounted for a total of 135.39 billion yuan. In line with this, the wholesaling and retail sectors grew 35.6%, one of the highest growths among all sectors in the report.

In 2021, 1,936 new foreign-invested enterprises were established in Hainan, up an impressive 92.6% year on year. Approximately 3.5 billion US dollars were used in foreign capital, up by 16.2%. This marks the third consecutive year of doubling its growth, from 2018 to 2020. The utilized foreign capital in Hainan has therefore lept from an intermediate level and topped the second-tier amongst Chinese provinces.

Import and exports of services totaled 28.78 billion yuan, by 55.5% in 2021. Knowledge-intensive service trade increased, while cross-border service trade was optimized.

Since 2021, the digital economy in Hainan has also been on the rise and seems to display promising prospects. The construction of high-tech HFTP has so far been successful, with revenue of internet-based industries over 150 billion yuan and taxes collected reaching 5.8 billion yuan, up by 15.5%.

What lies ahead for Hainan?

Hainan is on its way toward becoming a prominent pilot free trade zone, with some even positing that it may deprive Hong Kong of its status as China’s leading free trade port zone. This is especially true when taking into account the considerable amount of investment the Chinese government has been putting into transforming Hainan into a pilot FTP zone.

In the meantime, Hainan is likely to continue seeing spikes in short-term growth in all sectors, including (and perhaps especially) tourism and related services. This sector has already seen considerable growth, reaching 107.1 billion yuan by September 2021, rising 51.5% since 2019.

Investors may consider taking advantage of the preferential tax policies in Hainan by venturing into its tourism market or other related sectors, such as international business consultancy, software design, and human resources.

We should expect China to stick by its plan originally delineated in the Overall Plans in 2020. This includes their goal to advance their business environment to a first-class level by 2025 (Made in China 2025 Plan) and be at the forefront of socialist modernization by 2035.

Overall, this opening up will allow China to deepen its connections abroad, with the island possibly becoming a global trading hub.