A Guide to the China’s Legal System 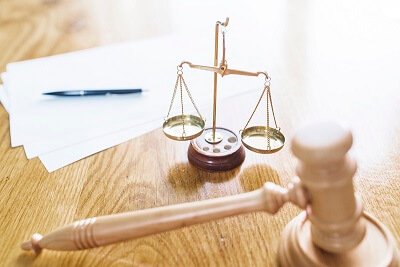 Many foreign investors might find the legal system in China confusing for the reason that it absorbs success cases of various countries as well as adds elements with Chinese characteristics to polish its own system, making itself unique, mighty but also complex.

These features have made China one of the most favored investment destinations around the world. However, without getting a basic understanding of the Chinese legal system, it is quite risky for any foreign investors to operate their business here.

To help foreign investors have a better understanding of the China’s legal system, the article focuses on four parts, showing how things go in China.

To be specific, China has been devoting itself to forming a socialist system of laws with Chinese characteristics. However, its unique features are developed on the basis of civil law. As a result, generally speaking, China can be regarded as a civil law country.

The China’s legal system has been deeply affected by the Soviet Union, Germany, Japan, America and some international treaties in various aspects.

After the establishment of the People’s Republic of China, the legislation carried on loads of features of the Soviet Union. As for matters of intellectual property, securities, and finance, China borrowed from America and international treaties to enrich its own system.

In case you are a foreign investor coming from a common law country, we would like to make a contrast between the two different systems to help you have a clear understanding.

Chinese law is developed through legislative statutes or executive branch action rather than by judge through decisions of courts and similar tribunals.

Chinese courts base their decisions on legislative enactments rather than prior judicial pronouncements. What’s more, judges rely on codes or texts rather than on their predecessors’ decisions of actual controversies to guide them in applying the law in China.

However, it is still true that the rule or the opinion of the Supreme Court still has a strong influence on courts on many levels.

The socialist system of laws with Chinese characteristics is an organic integration of the related laws of the Constitution, civil and commercial laws, administrative laws, economic laws, social laws, criminal laws, litigation and non-litigation procedural laws, and other legal branches, with the Constitution in the supreme place, the laws as the main body, and administrative and local regulations as the major components.

Below you can read more about some of the characteristics of the specific laws.

Constitution
The Constitution is the paramount law of the socialist system of laws with Chinese characteristics. It is the most basic law from which all the other laws and rules are hierarchically derived.

The Laws
The laws formulated by the National People’s Congress (hereinafter referred as NPC) and its Standing Committee are the main bodies of the socialist system of laws with Chinese characteristics.

The laws deal with fundamental and overall matters which are important to national development and those which affect the country’s stability and long-term development. For example, one of the most important laws related to foreign investment, which is the Foreign Investment Law, is one of the laws we discuss in this paragraph.

The Administrative Regulations and Rules

The administrative rules can be divided into departmental rules and local rules:

Local regulations are another important component of the socialist system of laws with Chinese characteristics, which is an important channel and form of the people’s participation in the administration of state affairs and promotion of local economic and social development by law.

All of the components mentioned above working together to form an effective, healthy and well-organized legislation system.

The four levels of courts mentioned above are:

The SPC
The SPC shall have jurisdiction over the following civil cases as a court of first instance:

What’s more, the SPC establishes International Commercial Courts, which are standing organs of the SPC, dealing with international commercial cases of first instance which have a major impact nationwide.

In general, it is considered as the court of the city level.

Basic People’s Courts
The basic people’s courts shall have jurisdiction over civil cases as a court of first instance, except as otherwise provided for in this Law. It is the court of the district level.

Apart from four courts mentioned above, another important type of the people’s courts are special people’s courts, including military courts, maritime courts, and intellectual property courts among others.

Given the fact that one of the major concerns for foreign investors is related to IP rights, we will explain more about intellectual property courts.

Considering that foreign investors are different from local people, who may have language problems, distance problems or identity-related problems and so on, special rules are set for foreign-related legal disputes to provide foreign investors with more proper approaches.

Below we will briefly introduce some rules regarding it:

General Principle
When trying foreign-related civil cases, a people’s court shall use the spoken and written languages commonly used in China. However, parties can ask for interpretation which will be at the expense of the parties.
Jurisdiction

Given the fact that some foreign investors have no domicile in China, related rules regulate certain courts may have jurisdiction over specific cases for a contract dispute or any other property right or interest dispute.

Service of process and periods
The table below shows standard procedures and foreign-related procedures in different stages, which are first instance and appeal respectively, how much time each step needs to spend and relevant time limits.

It can be concluded from the table that, compared with Chinese citizens, foreign investors have more time to react with the changeable situation, but it is still important to pay attention to the deadline of each step when foreign investors meet with actions.

Besides the remedies mentioned above, arbitration and mediation are two alternatives for foreign investors.

When it comes to the foreign-related lawsuit, a thicket of procedures would slow progress to a crawl, thus arbitration or mediation may be a better choice for the reason that they are much convenient and time-saving.

Following are some major arbitration and mediation institutions for international commercial disputes in China:

Although arbitration and mediation have the advantage over legal action to some point, their shortcoming can not be ignored.

Firstly, it is less legally binding than the decision of courts. What’s more, the cost of arbitration can be higher because of its standardized processes. Foreign investors can make their choices after considering the merits and demerits of both methods.

To conclude, the article aims at providing foreign investors with basic knowledge of the China’s legal system so that they can make wiser choices and adapt themselves to the Chinese market as soon as possible.

We sincerely hope that the article was helpful to you. If you have any problem understanding it, please feel free to contact us. It’s our pleasure to offer you with professional and good services. It would be an honor to be your guide for investing in China.

How can we help your business in China?

We are a non-state consulting firm based in Shanghai that helps foreign businesses enter the Chinese market and develop their operations. Our clients are assisted from initial stages with company formation and employment solutions, to further support-requiring stages with our business solutions such as tax & accounting and payroll & tax. 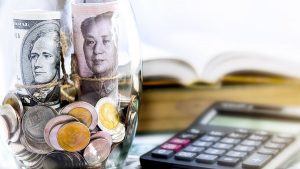 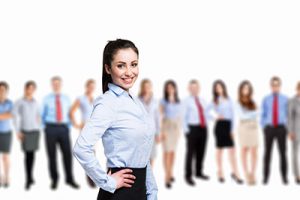