New Changes to the General Use and FTZ Negative Lists 2019 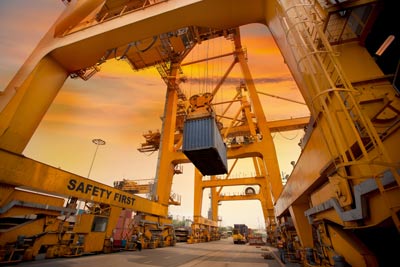 China has always contained one of the world’s largest markets that, in the past, have always shunned foreign investment. Yet in the modern era, China has continued to roll back many of its policies prohibiting foreign investment into its markets in an effort to continue its economic expansion. This is only confirmed in 2019, as this year has seen the Negative Lists further reduced. China continues to be a hotbed for foreign investment, here is everything you need to know about this year’s Negative Lists.

The National Development and Reform Commission (“NDRC”) and the Chinese Ministry of Commerce (“MOFCOM”) jointly issued the new Special Administrative Measures for Access of Foreign Investment (Negative List) (2019) for general use and a separate Negative List for the Pilot Free Trade Zone (FTZ), both taking effect on the morning of July 30th, 2019. Each of these negative lists details the prohibitions and restrictions placed upon foreign investment, WFOEs in China and the FTZ zones, respectively. However, much like the transition from the previous year, the 2019 China Negative Lists have seen a reduction and relaxation of several measures. These relaxations are part of a gradual effort to open China towards more foreign investments and reflects the grander economic goals that the Chinese government continues to strive towards.

Reduction in Policies and Format Updates in China

As a result, the number of policies within the General Use Negative List has been reduced by roughly 16%, reducing the total list of measures from 48 to 40.

Furthermore, the new 2019 China Negative Lists have streamlined the organization of its measures, removing the previous serial number and specialized field categories from its table. This groups each measure by just numbers and overall encompassing industry, simplifying the categorization.

Beginning with the mining industry, the new Negative List lifts the prohibition on exploration and development of oil and natural gases by foreign companies. This has been one of the major measures that have been relaxed, as it has opened these energy sources towards foreign capital and development.

Furthermore, the Negative List has also further condensed the section on the mining section into one measure, continuing the prohibition of interments in mining and processing Tungsten, rare earth metals, and radioactive materials. However, the negative list has also reduced the measure so that now the mining and processing of molybdenum, tin, antimony, and fluorite have been opened to foreign investments.

Next is the manufacturing sector, with the only major change being the prohibitions in investments into rice paper and iron ingots, which as of this announcement has been lifted.

Another major change in the Negative List has been the complete elimination of the water conservancy, environment, and public facilities management as a restricted industry. As a result, the only measurement that had been within this category has been eliminated: The measure that prohibited the exploitation of wildlife resource that originated in China and is under the protection of the state, which in it of itself is redundant to Chinese law.

Major General Use and FTZ Differences

While the General Use and Free Trade Zone Negative Lists are similar, there are several measures that set each apart.  These measures do not apply to foreign investments throughout the greater China, but are relevant in the various FTZ locations, as they will operate as an initial pilot before being implemented in the wider Negative List. All the changes listed above applies within the FTZ locations, in addition to the relaxation of the following measures:

The first difference is exclusive to the FTZ negative list is within the agriculture, forestry, animal husbandry and fishery industries. The measure prohibiting investing into aquatic products within the seas under China’s jurisdiction and China’s islands bodies of water have been lifted.

Within the manufacturing sector, a couple of measures have been eliminated. The printing of publications within the Free Trade Zone no longer must be exclusively controlled by a Chinese entity, opening the production process to foreign capital within the FTZ. The prohibition on investing in smelting and processing of radioactive minerals and the production of nuclear fuel has also been lifted, opening the doors to investing in these types of resources.

Another of the major changes include a measure that affects how urban infrastructure is invested. The previous FTZ negative list detailed that the gas, heat, water, and drainage of an area with an urban population over 500,000 must be controlled by the Chinese. While the restriction mains water and drainage systems must be still controlled by the Chinese, gas, and heating have become open to foreign investment within the FTZ location.

Lastly, the area of culture, sports, and entertainment sector sees that there are many similarities between the two lists, however, the FTZ list comes with a whole host of caveats pertaining to various conditions where foreign investments are allowed. Many of these caveats involve approval from the Chinese Government and corporation with a Chinese company. Many of these measures have remained unchanged and retained from the 2018 FTZ Negative List. However, one notable exception to this list is the measure on literary and artistic performing groups; The prohibition on investment in these performing groups have been lifted, but these performing groups still need to be controlled by a Chinese institution.

Looking Forward, Towards the Future

The continued reductions implemented by both the NDRC and MOFCOM represents China’s gradual but continuous stride forward towards granting more access to foreign investments. As such, it is predictable that with time, China will continue to reduce the number of measurements of the negative list, serving to benefit both the country and investors.

Furthermore, a day after the China negative lists came into effect (July 2, 2019), the Director (Tang Wenhong) of the Chinese Foreign Investment Department within the Ministry of Commerce announced that they will be rolling back all other foreign investment prohibitions outside of the Negative Lists, further reducing the barrier for foreign investment to enter China. Given these exciting new developments, now is the time to take advantage of such moments to start investing in China’s diverse range of industries, as an opportunity for further growth will only continue to expand as we progress into the future.

The green represents the major changes/differences to the measure. 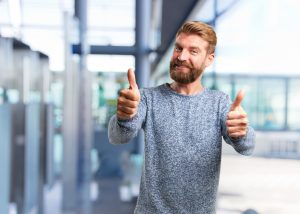